A new version of Ona Collect is available on Google Play. In addition to stability updates, there is a new project filter that helps you navigate Ona forms. The screenshot shows a dropdown that lets you filter the form list by project, which is helpful if you have a lot of forms from multiple projects. 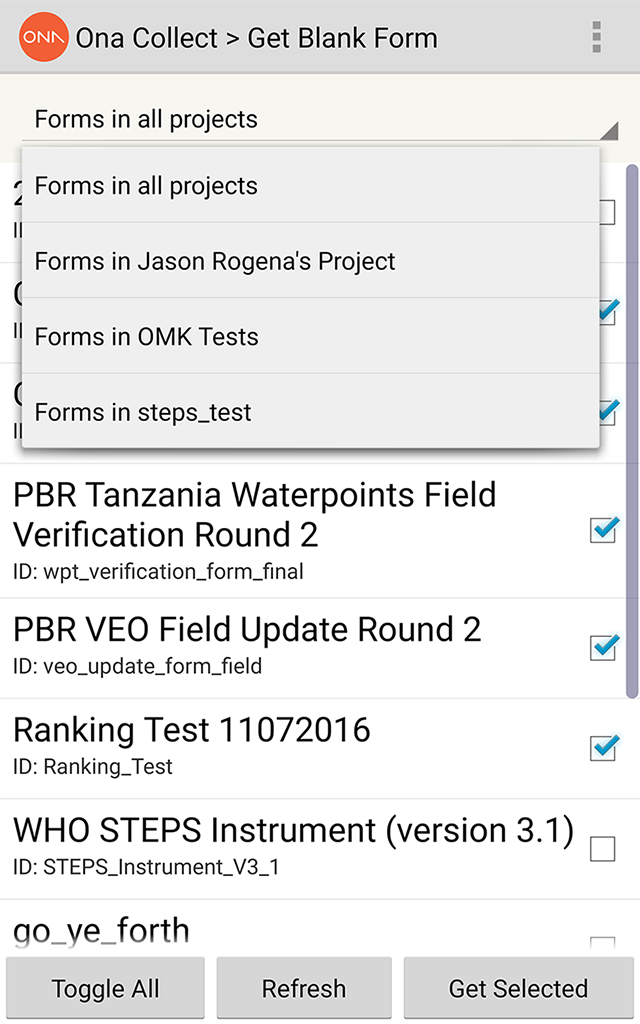 Ona Collect has also been updated to incorporate the latest version of ODK Collect (v1.4.12_rev_1063), which has better support for spacial type questions, such as OSM questions.

For more information on Ona Collect, check out our previous post, A New Client for Smartphones: Ona Collect. 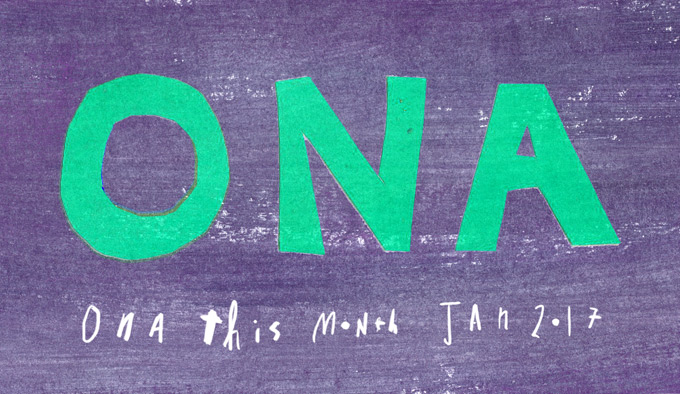 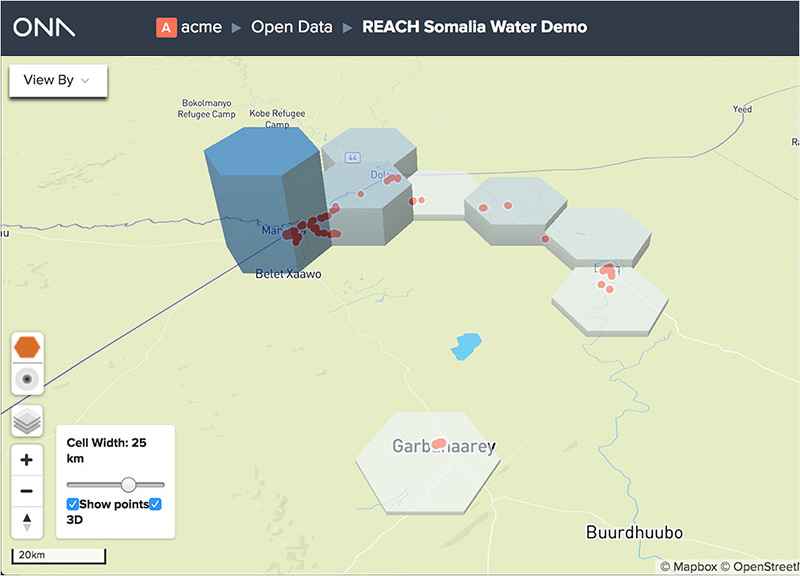 Binning and heatmap visualizations on maps

Last month we mentioned we’d be adding binning (including 3D!) and heatmap visualizations. They are now live. In a recent blog post, we look at a relatively simple dataset from Roy, an Ona engineer and avid cyclist, to learn more about how these visualizations can help you analyze data on your next project. Read the blog post.

To help you visualize large datasets on a map, we added binning (including 3d!) and heatmap visualizations. Displaying points works well for small datasets, but a large number of submissions can cause overlapping points, which misrepresent the data and make it difficult to see geospatial trends. Hexbins and heatmaps solve that problem through binning — combining points into groups — and showing density with the resulting geospatial shapes.

In 2016 we added more new features to the Ona platform than in the previous two years combined. Here’s a run-down of select features we added to Ona in 2016:

In addition to the new features above, we improved performance to handle the 4.5 million new submission we received. This was a jump from an average about 6,500 submission a day in 2015 to 12,500 per day in 2016. Next year we’ll be putting even more focus on performance and fix anything that might be slowing you down.

We’ve made significant improvements in the OpenSRP platform. As the technical lead on OpenSRP our biggest task this year was transitioning the server and client to use an Event/Client data model. This helped us support more efficient client-server data synchronization.

We’ll continue to be busy with OpenSRP next year. We’re about to roll out a number of new implementations, including a generic vaccination register. And we’re also very excited that the UNICEF Innovation Fund invested in OpenSRP as one of their inaugural five technology investments.

We’re still improving the documentation and doing clean up, but in late-2016 we published an updated version of our core data collection application, onadata (Github). This fixes some serious issues encountered when running at scale, introduces a more robust permissions model based around projects, and stores all data in PostgreSQL + PostGIS database. All new development will take place in this repository on the master branch with stable releases (Github) tagged.

This year we released an Ona to R integration. This lets you load realtime datasets directly into your R scripts. Forest Carbon used Ona.R to write an R Shiny web application that automated analysis and feedback. The source code for ona.R (Github) is freely available, we’re looking forward to your patches and extensions!.

Finally, we’ve released a public version of the STEPS app developed for the World Health Organization’s STEPwise approach to noncommunicable disease risk factor surveillance. If you’re interested check out the the code for the Android steps-app (Github).

We’re excitedly looking forward to an even bigger year in 2017. Happy new year from the Ona technology team!

Our clients use Ona to collect, analyze, and disseminate mission critical data. We have worked on both the data collection side as well as the platform side and understand the importance of knowing your data is stored safely and securely. Here we’ll talk about the specific technologies we use to secure our users’ data.

Specifically relating to data security, the highlights of the standards we incorporate are:

To make sure that your data stays secure during events that we cannot anticipate, such as a hardware failure with our hosting provider, we create nightly replicas of our entire database. This way, should the worst happen, we will be able to recover quickly and get back up and running with minimal data loss.

We take the privacy, confidentiality, and security of any data you submit or upload to Ona very seriously, because it is your data. You retain ownership of the data. We will never share or access your data, unless granted permission by you, in order to provide you with technical assistance.

Steps you can take

Security is only effective when users follow best practices; e.g. do not share passwords, do not write down passwords, and do not use public computers (but if unavoidable always log out of the site when finished using Ona on public computers). If your project requires a higher level of privacy, Ona also allows you to encrypt your forms with decryption only possible using ODK Briefcase and encryption keys.